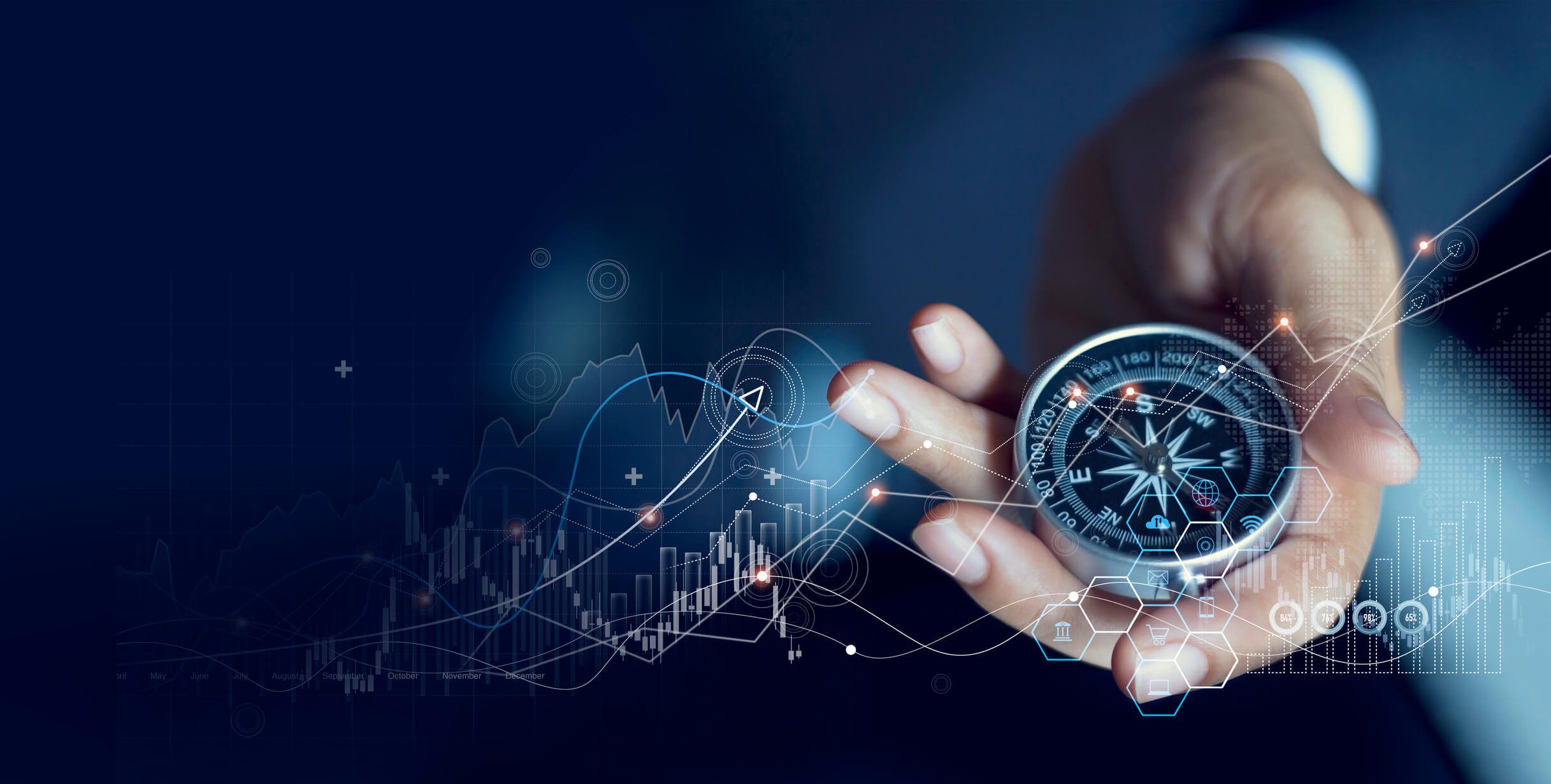 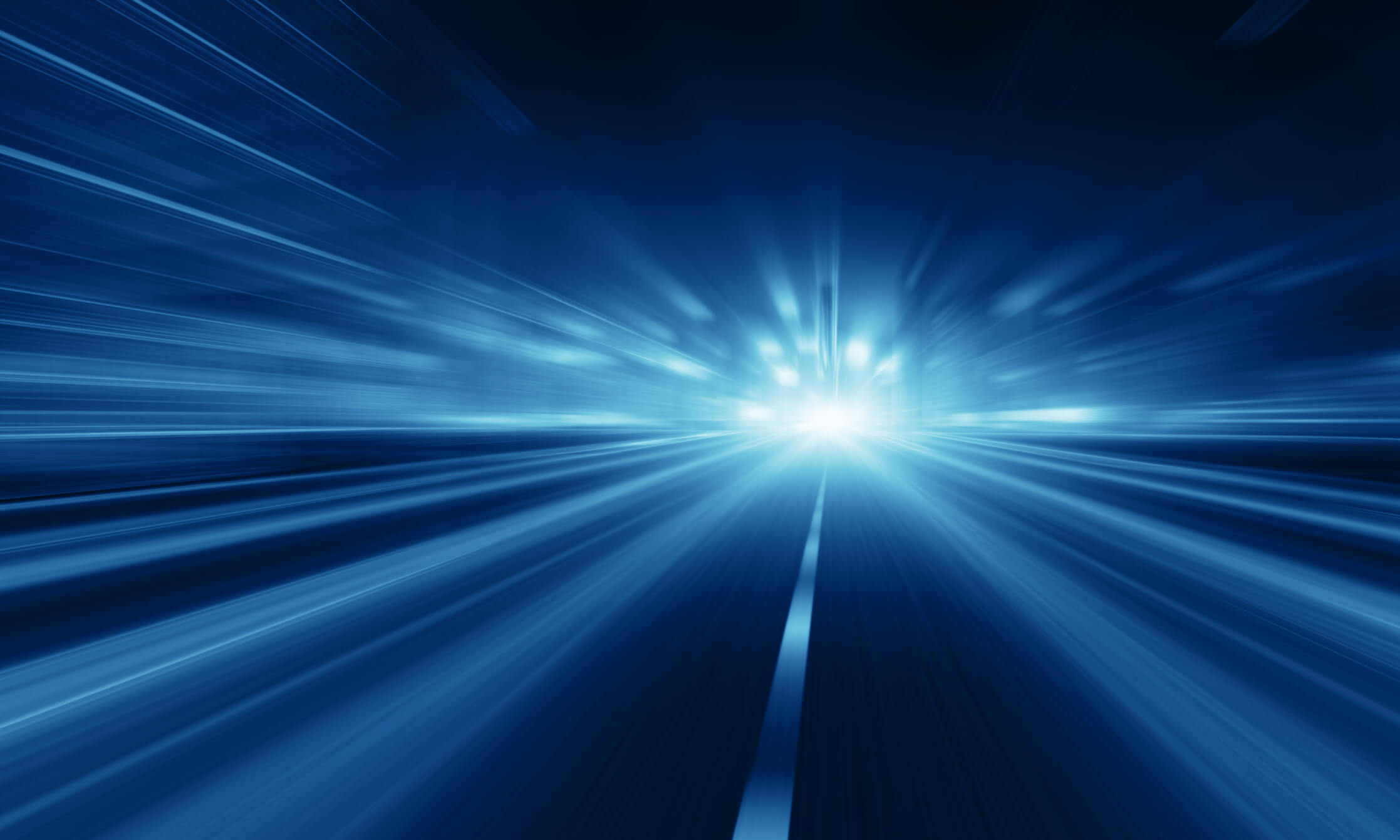 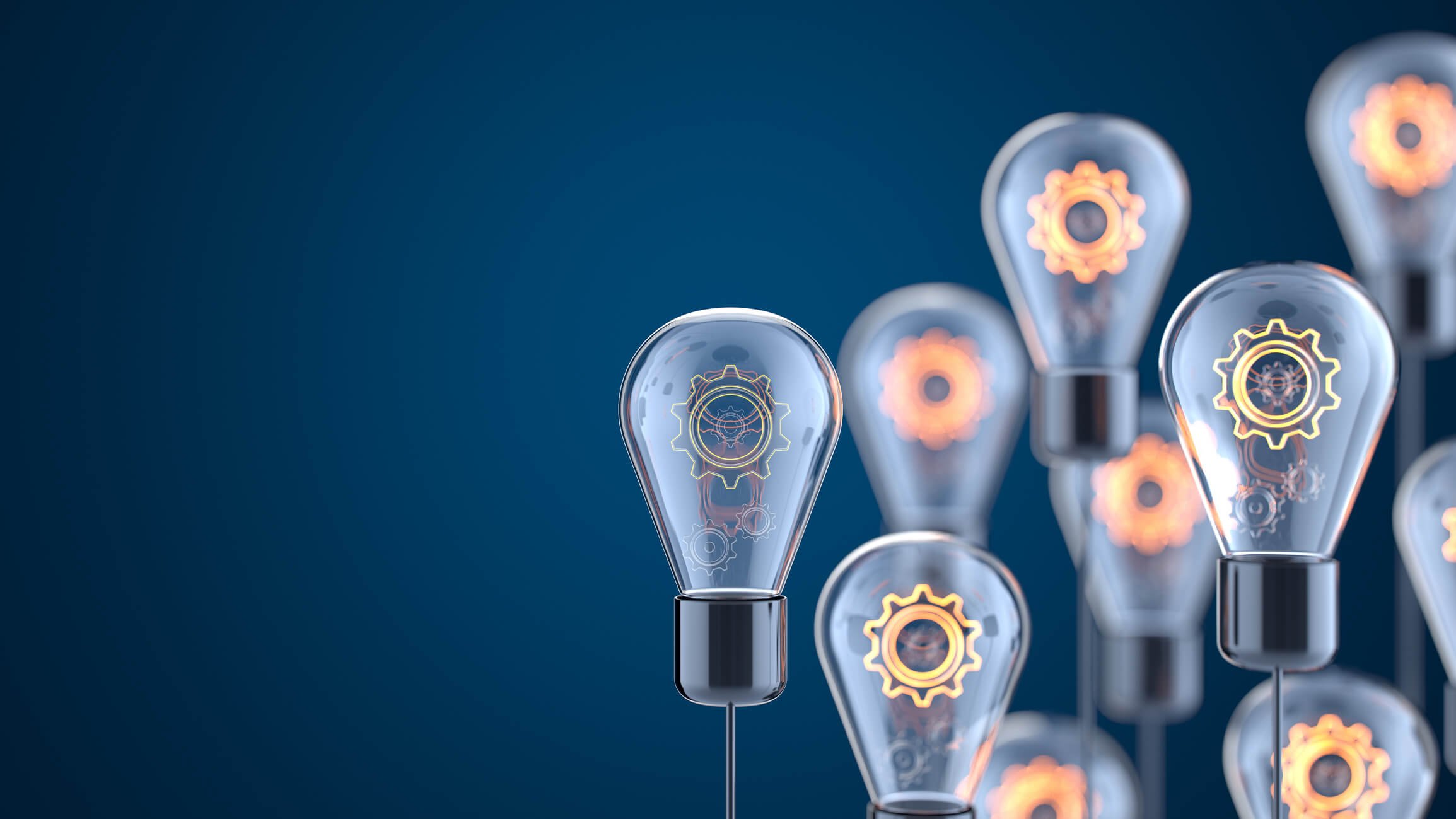 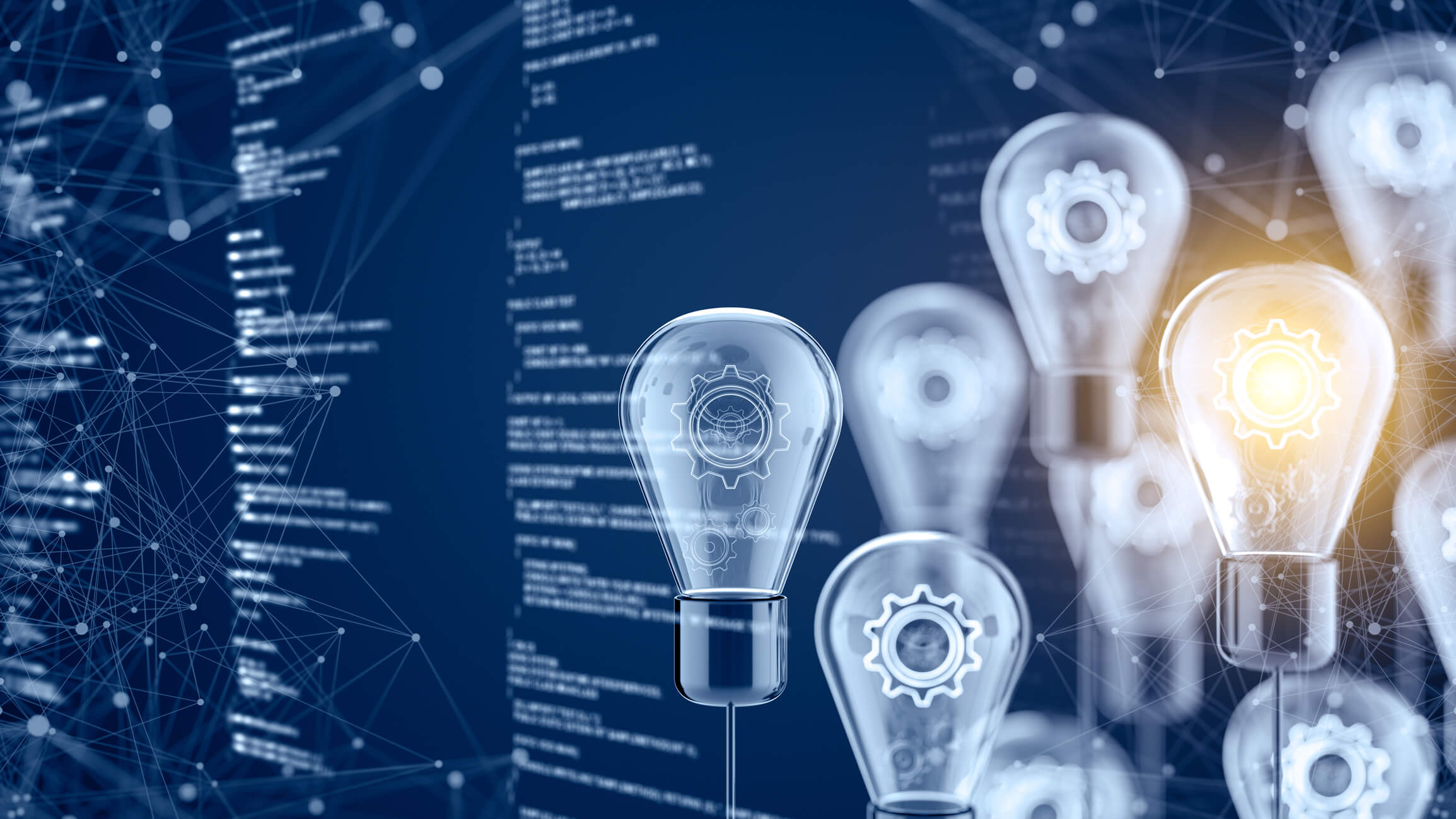 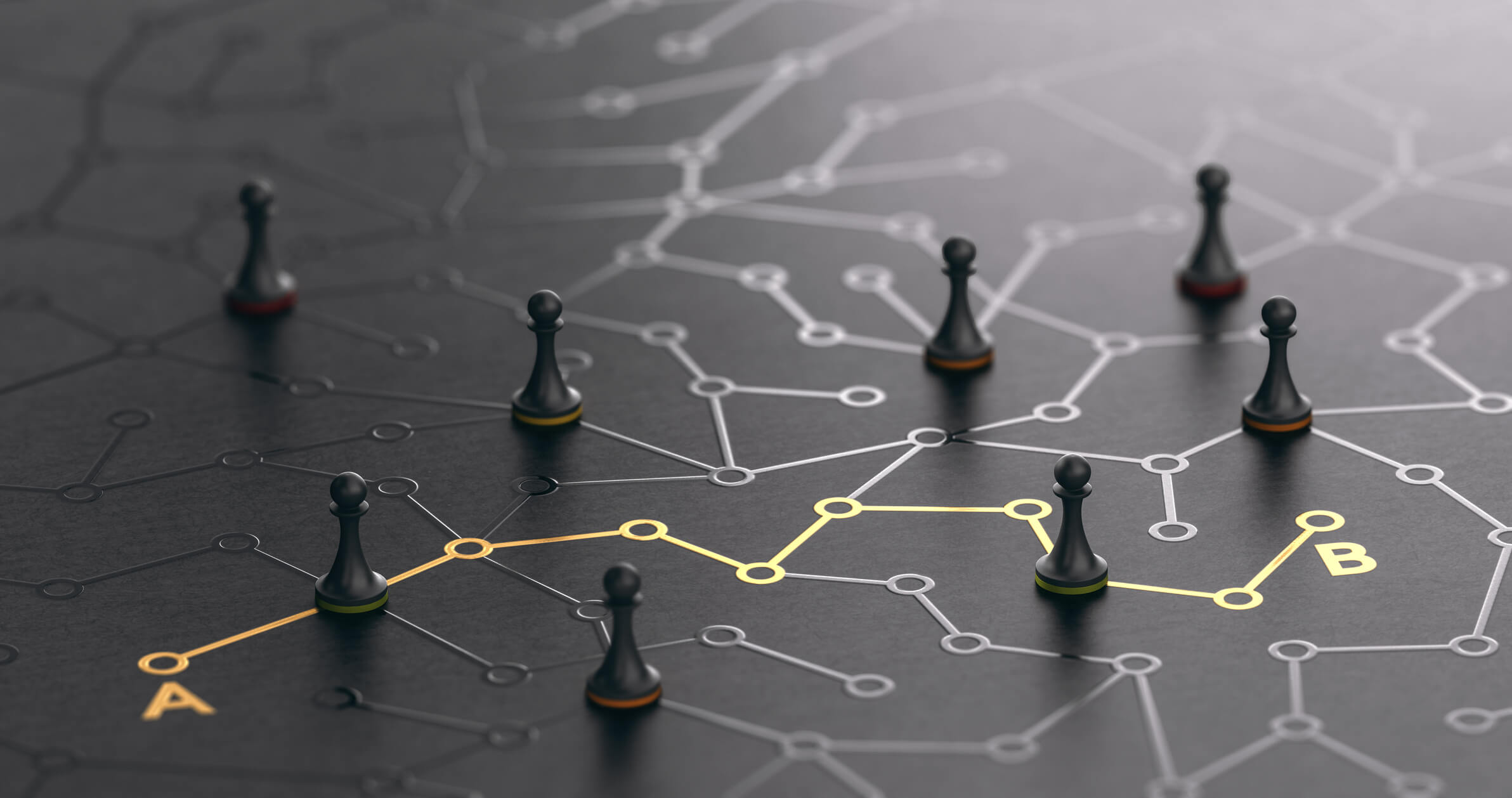 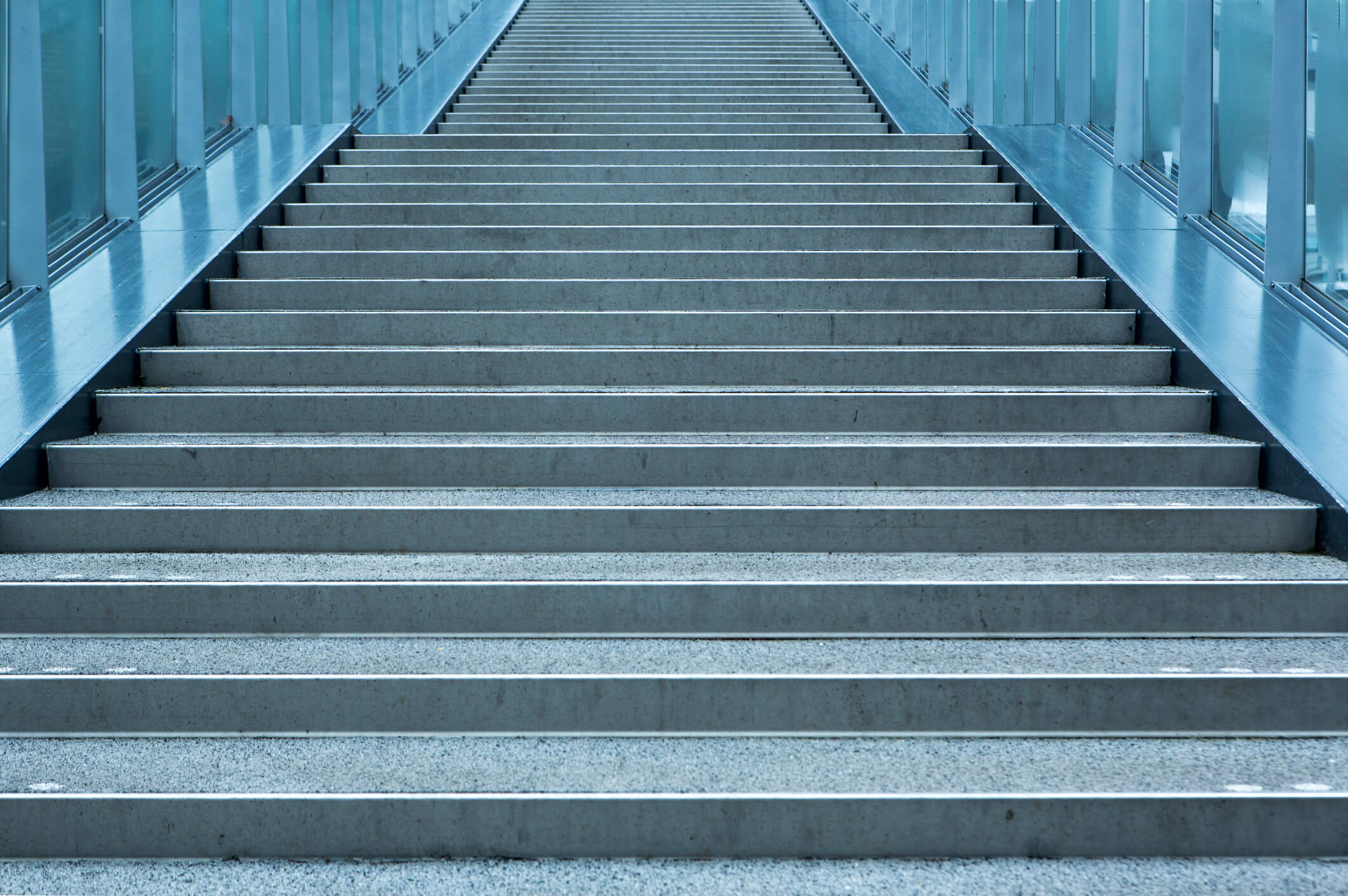 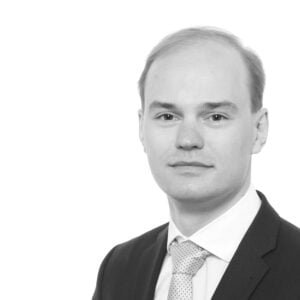 Get the latest publications in Finnish delivered to your inbox

We look at Nordic M&A deals announced during the first half of 2021. Our focus is on majority deals with targets domiciled in the Nordics. Small unpublished deals fall outside the scope of this review.

The number of deals in the Nordics saw a sizeable reduction after the highs in 2017 and 2018 with a multiyear bottom during the start of the Covid-19 pandemic. Deal volumes, as well as values, have resurged and 2021 looks like an excellent year for dealmaking. Cumulative deal value increased by 360% from €7.3 billion to €33.6 billion, a new record that surpassed the previous peak of €25 billion in 2018 (+€8.7 billion, +35%).

Strong momentum has continued in H2 2021 as 526 (+21%) deals have been announced with a couple of weeks of the year still left. H2 2021 deal value at €33.6 billion is behind last year’s record levels (- €16.1 billion, -29%). Independent of how the remainder of the year progresses, cumulative deal volume is back on track towards pre-pandemic levels while deal value has already exceeded previous highs. More on H2 developments in our next half-year review coming out in Q1 2022 as deal databases are updated.

Deal volumes in Finland and the rest of the Nordics (Zephyr, Bureau van Dijk) 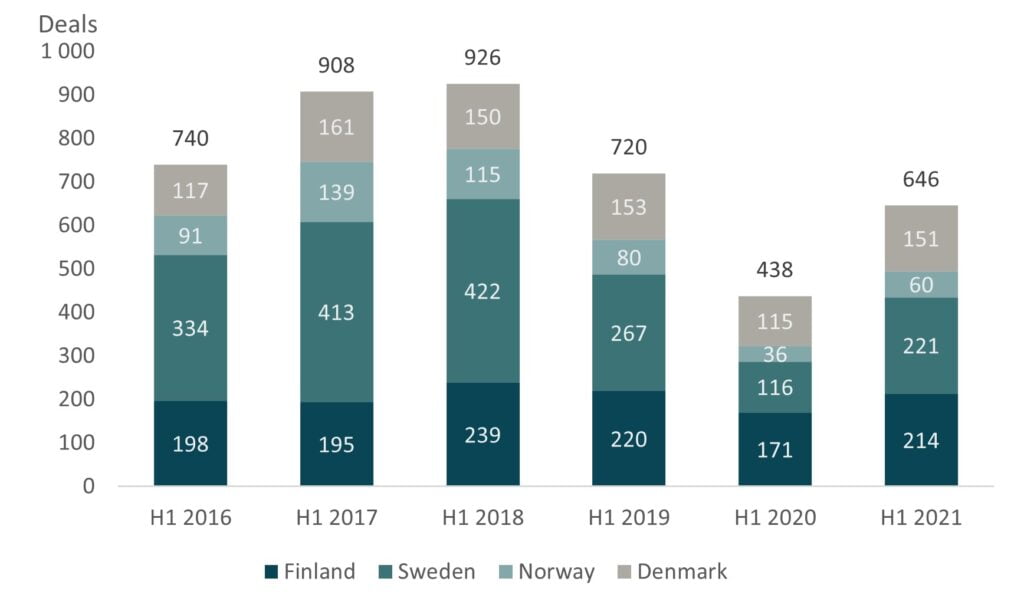 Finland and Denmark have had relatively stable deal volumes over the past few years whilst Norway and Sweden have exhibited much higher variations in volume.

While deal volumes have increased, so have values, albeit at a slightly different pace. Readers should recognize that deal values are not published as often for smaller deals as they are for large deals. As such, deal value statistics are more volatile as aggregate deal values consistently lack purchase price data from smaller deals that would smooth the overall variation between different years. 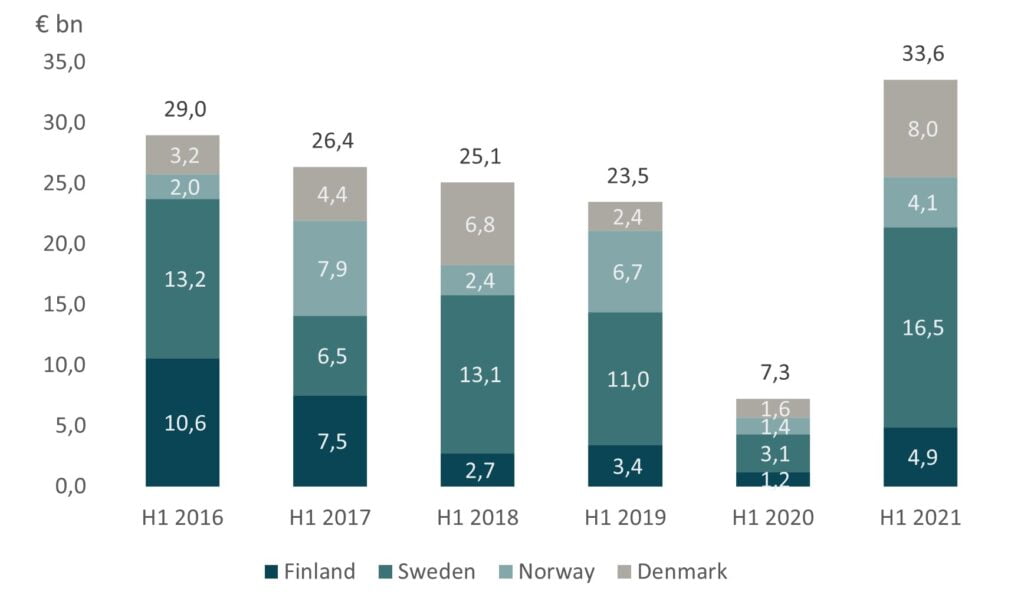 Despite fluctuations in deal volumes and values, all countries have seen increases relative to H1 2020.

30 largest deals with targets in the Nordics: the impact of large deals on cumulative deal value (Zephyr, Bureau van Dijk)

Most of the value is explained by a small percentage of transactions. 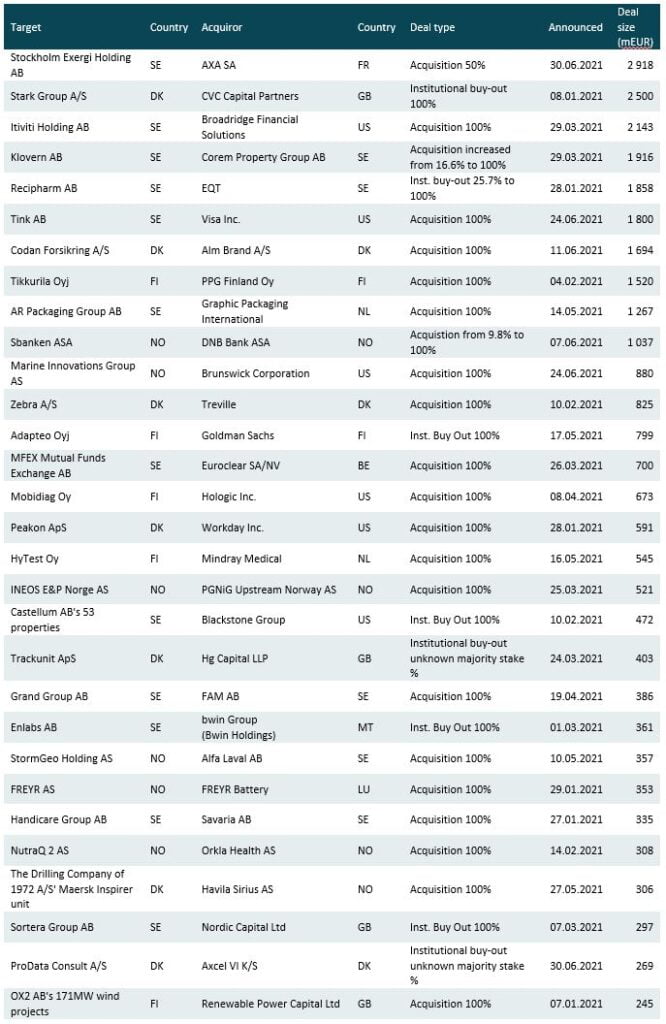 Finland’s largest deal was PPG Industries’ acquisition of Tikkurila, a paint and surface protection manufacturer, in a deal valued at €1.5 billion. The deal saw PPG Industries and AkzoNobel go head-to-head in a bidding war that ended with a 126% bid premium relative to pre-tender offer market value.

The largest deal in Sweden was announced on the last day of June 2021, as the listed Finnish energy company Fortum sold its 50% stake in Stockholm Exergi, Stockholm’s energy company, to a consortium of infrastructure investors lead by the French financial conglomerate AXA for €2.9 billion.

Corem Property Group’s acquisition of the remaining shares in Klövern for €1.9 billion created a leading Nordic commercial real estate company with a focus on growth centers.

The Nordic healthcare sector had another large deal as EQT through Roar BidCo bought the remaining shares in the contract development manufacturing organization Recipharm Ab in a deal valued at €1.9 billion.

Norway’s largest deal for H1, Sbanken’s sale to DNB Bank for €1 billion, has had a few speed bumps as the Norwegian Competitive Authority has not yet granted regulatory approval for the deal. Thus, the deal might still fall through.

The second-largest deal was the €880 million acquisition of Navico, a global leader in marine electronics, by Brunswick Corporation from private equity investors Goldman Sachs Asset Management and Altor.

The fifth-largest deal in Norway was an interesting one where Freyr, a battery manufacturer, was listed on the NYSE via a merger with Alussa Energy Acquisition Corp., which was renamed to Freyr Battery upon completion. The deal was valued at €353 million.

The largest deal in Denmark was the acquisition of Stark Group, one of Northern Europe’s largest building material retailers and distributors, by CVC Capital Partners for €2.5 billion. The deal saw Stark Group transfer ownership between private equity (PE) firms as it was previously owned by the US-based Lone Star Funds.

The third position is occupied by another PE-to-PE deal as Zebra A/S, a Danish operator of Tiger variety stores, was sold by EQT to Treville for a consideration of €825 million. Treville is a relatively new entrant to the market as it was established in 2016 by private equity investor Axcel’s former partners.

The acquisition of employee success platform Peakon by Workday, a provider of enterprise cloud applications for finance and human resources, seeks to generate synergies that will allow Workday to create competitive advantages through employee engagement and human capital management data insights. The deal was valued at €591 million.

HgCapital’s acquisition of Trackunit, a SaaS-based IoT solution and machine insights provider for the construction equipment industry, is another sign of private equity investors’ demand for information and data-based businesses that have the potential for scalability. The deal was valued at €403 million, a 20x EV-to-revenue multiple.

The three years up to 2021 saw H1 volumes go down year-on-year as volume dropped from 923 to 645. As a result, there were very few sectors with consistent growth rates. On the other hand, there were more sectors with deal volume growth relative to 2020 when dealmaking hit rock bottom.

One consistent growth sector is the manufacture of pharmaceutical products, which saw two major transactions take place with EQT executing an institutional buy out of Recipharm and Mindray Medical acquiring Hytest. 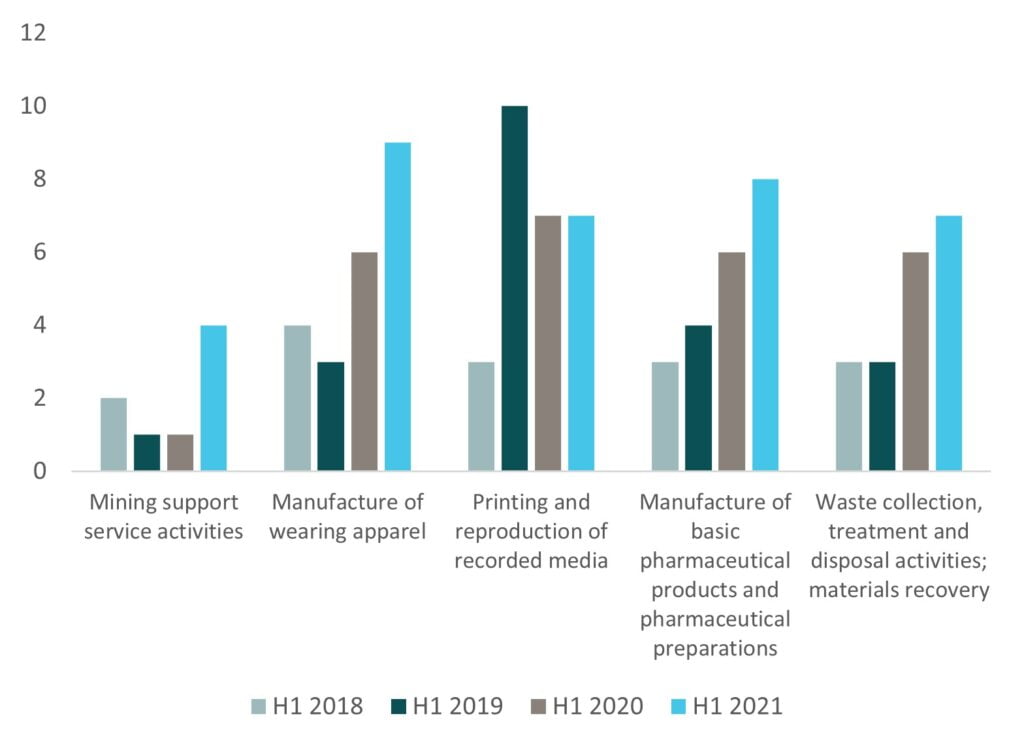 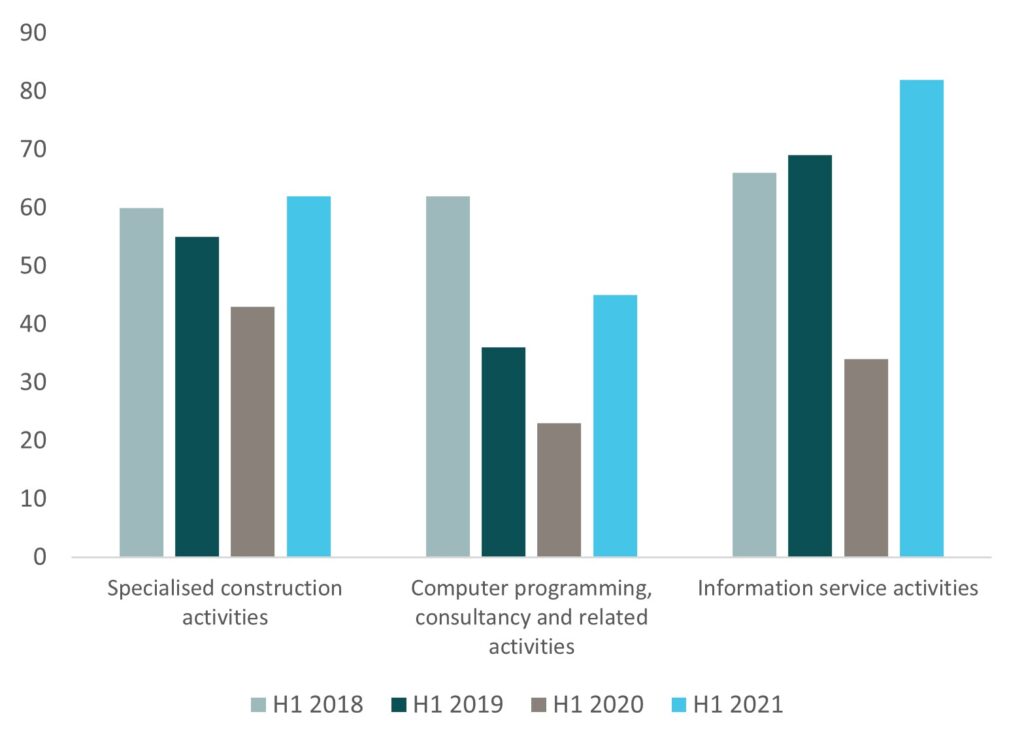 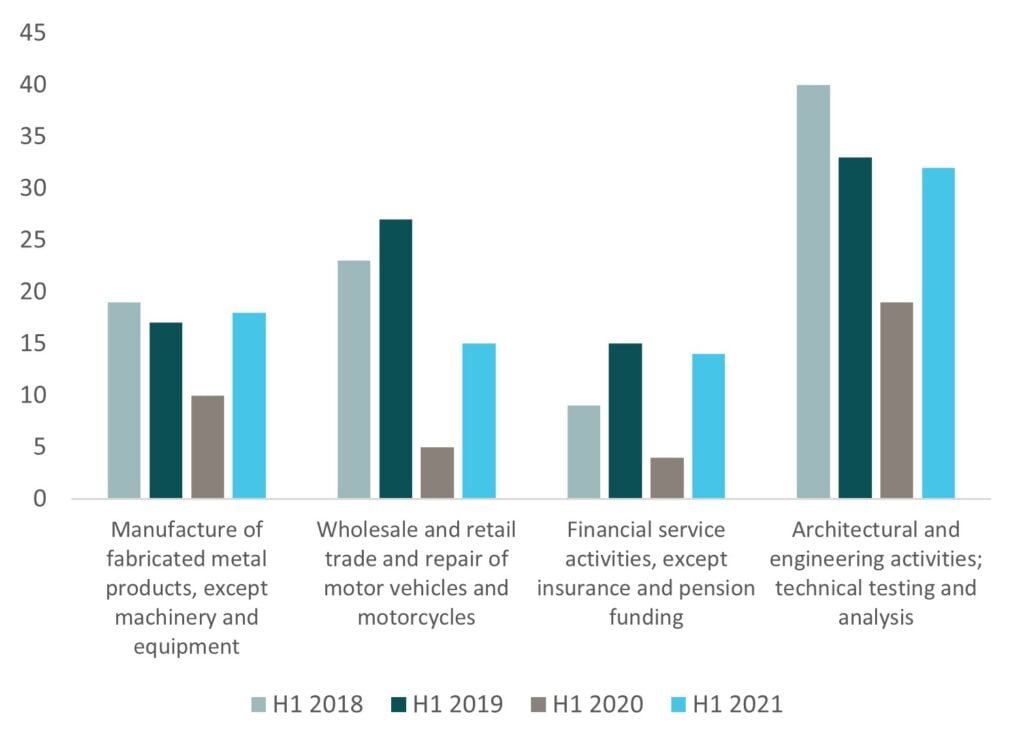 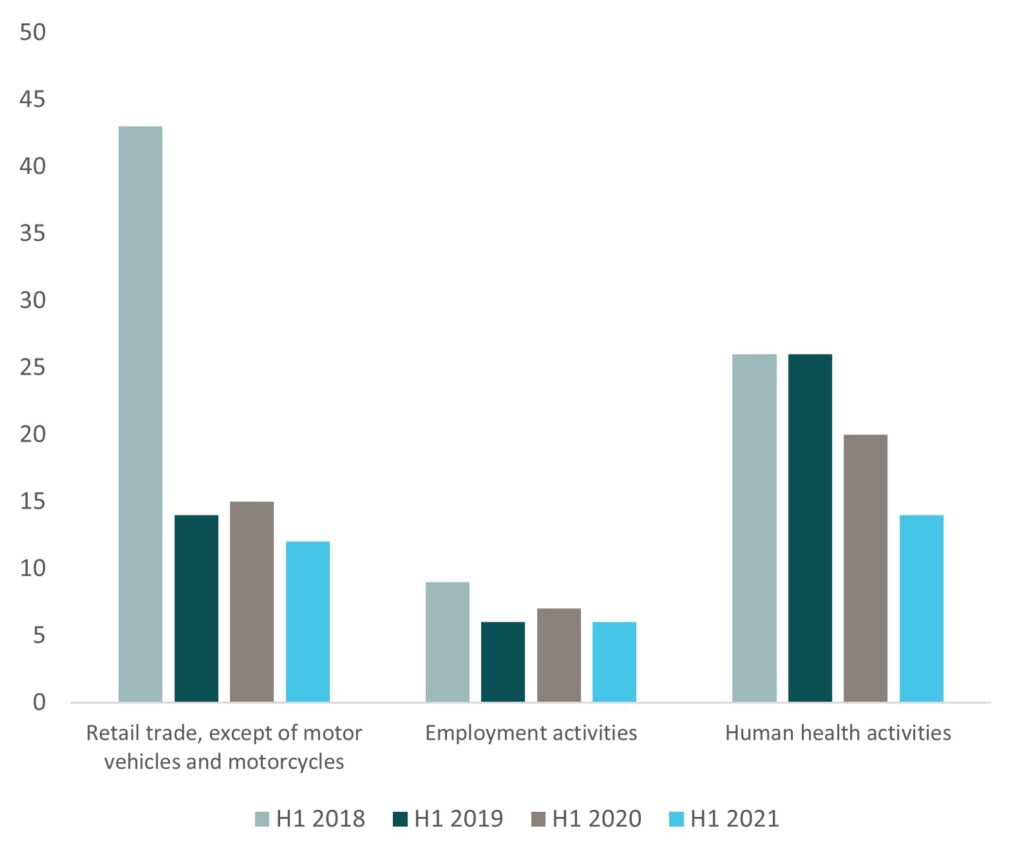 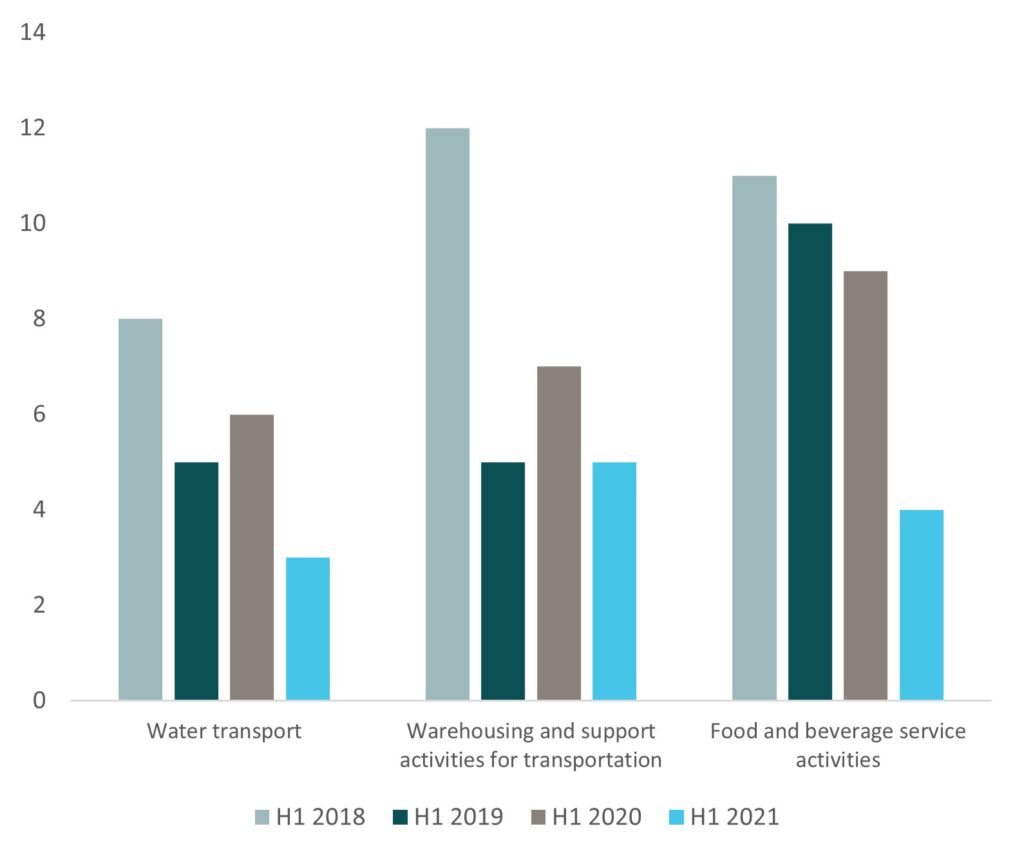 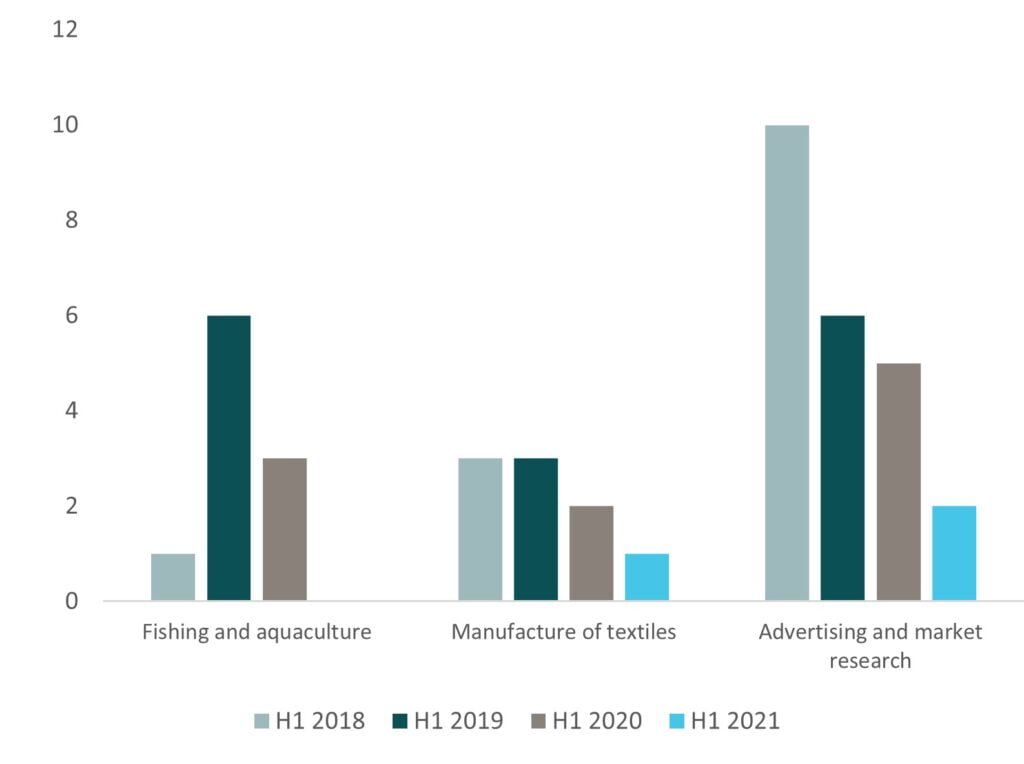 Nordic buy-side made a strong comeback with record deal values 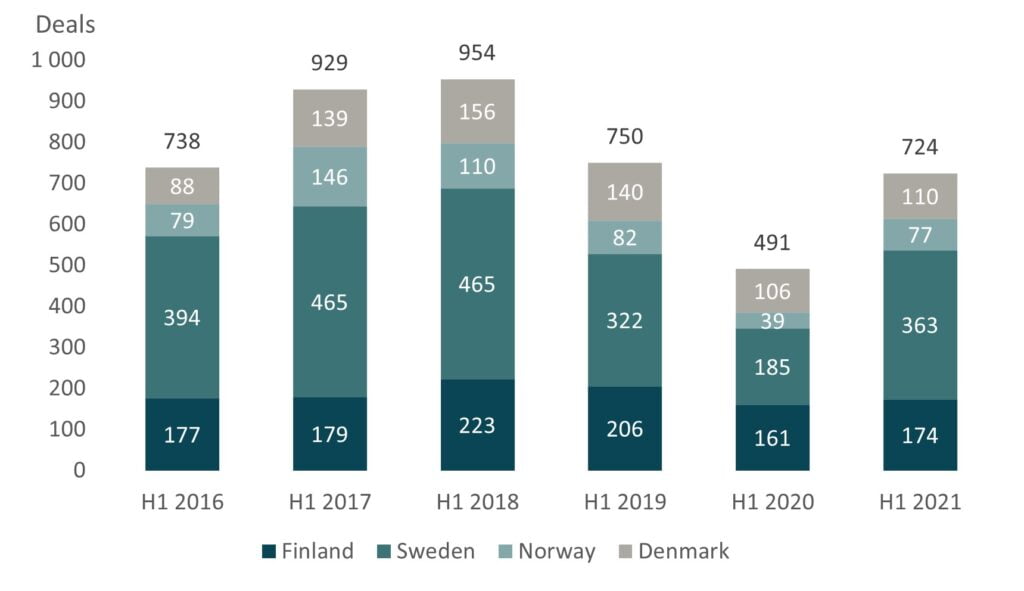 The number of acquisitions by Nordic companies in H1 2021 increased by 49% to 724 (+233) compared to the previous year. Finnish and Danish companies’ acquisition activity changed slightly with deal volume increases of 13 (+8%) and 4 (+4%). Announced acquisitions by Norway and Sweden-based companies rose by 38 (+97%) and 178 (+98%) deals, respectively. Swedish acquirers have maintained strong activity as their deals explain 50% of the Nordic market volume. Finland, Denmark, and Norway-based operators have 24%, 15%, and 11% market shares, respectively. 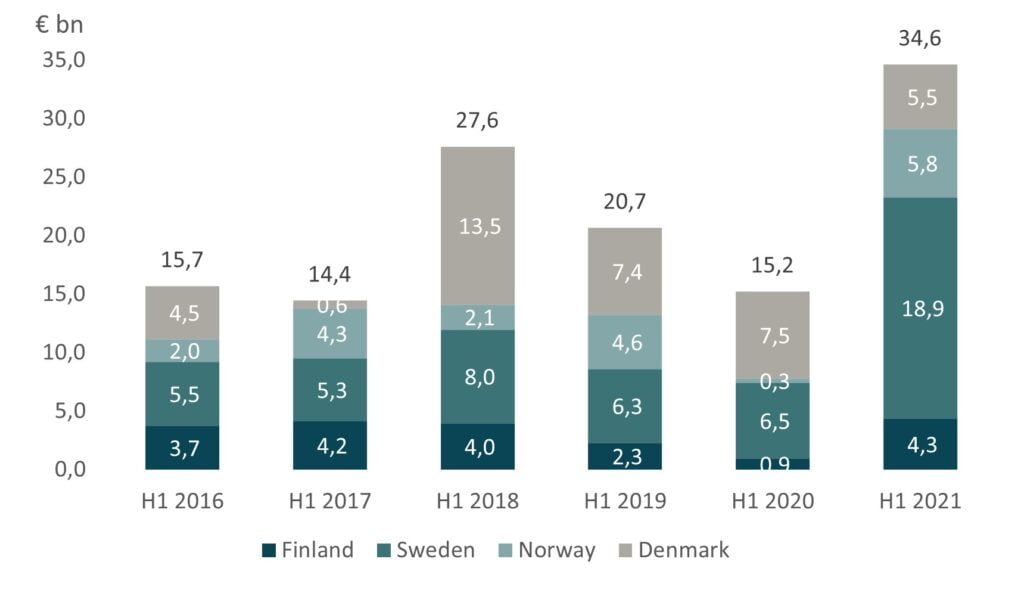 In most Nordic acquisitions both the buy and sell sides were domiciled in the Nordics. 16 of the 30 largest deals had targets outside the Nordics. Of the 16 targets, nine were acquired by Swedish, four by Danish, and three by Norwegian companies.

Top 3 acquisitions with targets outside Nordics

The largest transaction with a target outside the Nordics was announced by the Danish logistics giant DSV Panalpina. DSV Panalpina acquired Agility’s, a Kuwaiti logistics company, Global Integrated Logistics business in a deal valued at €4.0 billion. The deal constitutes 73% of Denmark’s acquisition value in H1 2021.

The second largest was by EQT Group as they announced the institutional buy out of Exeter Property Group in a deal valued at €1.6 billion. The company was renamed EQT Exeter and now controls client funds valued at more than €10 billion.

As the Nordic M&A scene is on track to break value records, and hopefully volume records soon, we will be back in the next quarter with our analysis of H2 activity. H2 had noteworthy activity as Finland saw its M&A history’s second-largest acquisition as Wolt, a last-mile food delivery service, was acquired by the US-based DoorDash in a deal valued at €6 billion. The deal value is only behind Nokia’s acquisition of Alcatel-Lucent in 2015 for €15 billion. 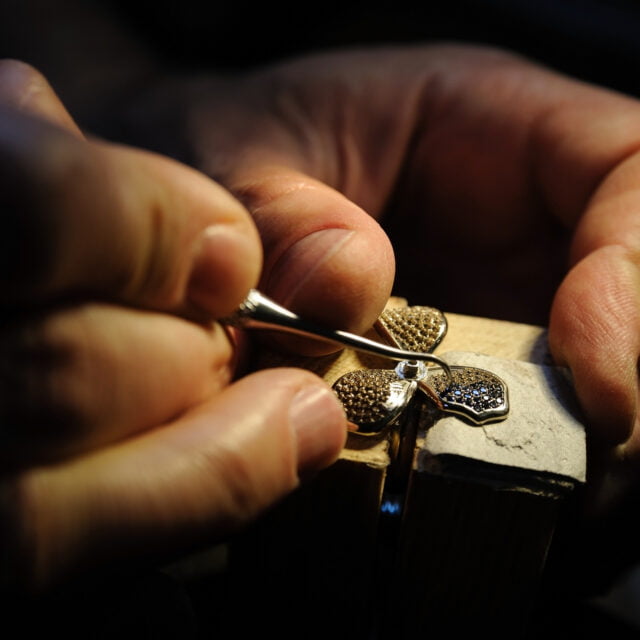 The precious metals manufacturing industry in the Nordics, valued at €1 billion, is a mature and highly competitive market that includes companies that produce jewelry, watches, and other precious metal items.

This market overview examines two distinctive but closely related markets: the first section concentrates on the European market for freight transportation by road and the second section on manufacturing of bodies for motor vehicles 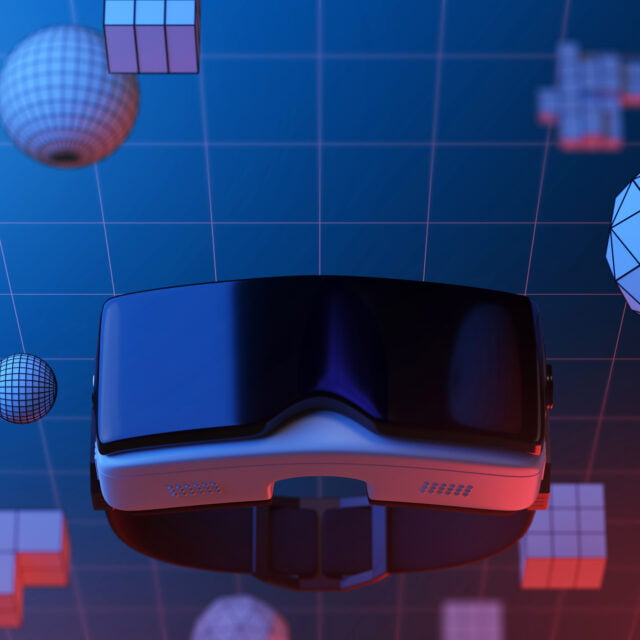 Consultation is without commitments and there is no fee.

Get latest publications directly to your inbox